Skip to content
The daughter of a European composer and a Great American Songbook singer, native New Yorker Roberta Piket is a pianist and organist who loves to swing while exploring the more adventurous harmonic possibilities of jazz and improvised music.Roberta’s father was the Austrian composer Frederick Piket, whose works were performed by the New York Philharmonic under famed conductor Dimitri Mitropoulos. (The elder Piket, who passed away when Roberta was eight, is also renowned for his significant contribution to the musical liturgy of reform Judaism.)

From her mother, Cynthia, Roberta learned by ear the tunes of Porter, Gershwin, Kern, Rodgers, and Berlin (as well as accompanying lyrics).

In her early teens, a chance encounter with a classic LP rescued from a flea market changed the course of Roberta’s life. 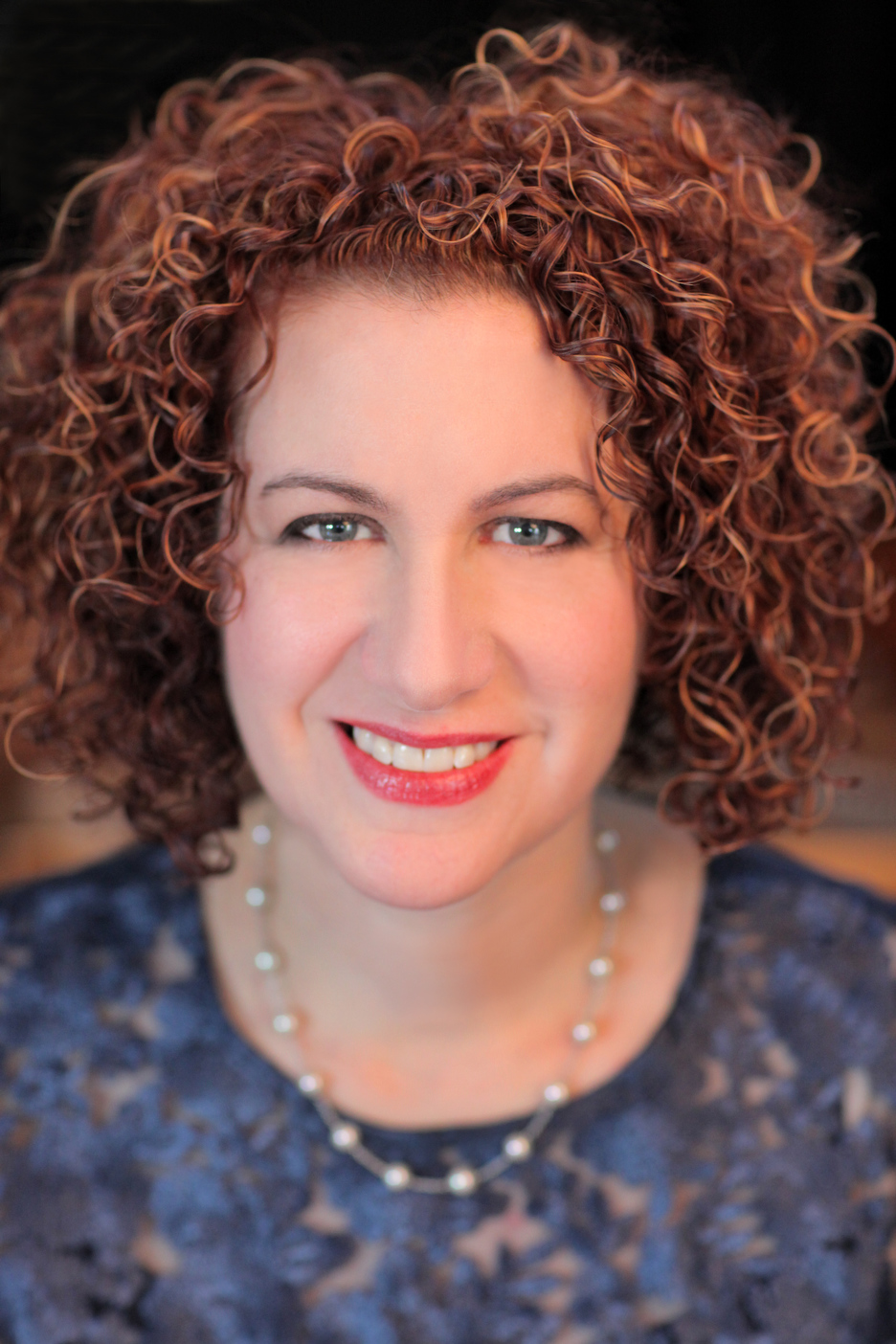 “I found a few copies of an old Muse LP of Walter Bishop Jr.’s trio for 25 cents each at a fundraiser. I played it and just flipped. I fell in love with the sound of the jazz piano trio. The CD was called Speak Low, and I found the original sheet music for that tune in my mother’s collection. I learned all the songs on that record,” which, in addition to the title tune,  included Alone Together, Milestones and On Green Dolphin Street.

Shortly after that epiphany, Roberta became fascinated with the 20th century classical recordings that had belonged to her late father. Soon she was dividing her time between the stacks of old sheet music in the attic, learning standards, and the Bartok and Schoenberg records and scores in her father’s library. Sprinkled into the mix were a handful of Ellington scores borrowed from the New York Public Library, and saturation listening to WRVR-FM, the New York jazz radio station at the time.

As her passion for music intensified, Roberta’s mother tried to discourage her from the difficult path of a professional musician. As a compromise, she attended the joint five-year double-degree program at Tufts University and New England Conservatory.

“Coming from a high school with a strong liberal arts curriculum [New York’s prestigious Hunter College High School],  I was not opposed to continuing in the liberal arts tradition in college, rather than narrowing my focus only to music. I believed then, and still believe, that an artist needs to be stimulated by the surrounding culture and not live in a vacuum.”

Roberta graduated with a degree in computer science from Tufts and a degree in jazz piano from New England Conservatory, but after a year as a software engineer, it was clear her heart was in music, and she returned to her native New York to study and play. After applying for a grant from the National Endowment for the Arts, she began to study with pianist Richie Beirach.

“I was so young and naive when I moved back to New York. I didn’t really know much about Richie’s music. It was sort of blind luck that I started studying with someone who was able to help me integrate my love of modern classical music into my jazz playing and composing.”

As her artistry developed, Roberta found herself in the unusual situation of playing both “straight ahead” jazz as well as so-called “free” music. After a last minute gig subbing with the Lionel Hampton band brought her to the vibraphonist’s attention, she was invited to play on two tunes for his upcoming CD. “The first CD I ever recorded was with Lionel Hampton. The production was a bit disorganized so I ended up doing a little of everything from helping Lionel rehearse the music, to writing out lead sheets for Ron Carter (who chastised me for writing diminished chords instead of dominant 7th chords), to helping in the editing stage. ”

Around the same time, Marian McPartland would hear her as a finalist in the Thelonious Monk Composers Competition and invite her to appear as a featured guest on NPR’s Piano Jazz, the first of three appearances she would make on the show. “Marian was a good friend to me and to countless young musicians,” Roberta recalls.

A 1999 Japan tour with her own trio magically brought Roberta full circle. “The first night we arrived, I was sitting in my hotel room playing with the cable radio system. There were several jazz specialty stations. As soon as I turned on the radio, the first music I heard was a track from that long ago Walter Bishop Jr. LP, Speak Low. It was eerie and incredibly moving to be brought back to that moment when I first fell in love with the piano trio while on my first international tour with my own trio.”

A gifted composer as well, Roberta was a finalist in the Thelonious Monk BMI Composers’ Competition. She was also the recipient of a grant from the National Endowment for the Arts. In 2018 Roberta won the Downbeat Critics Poll in the “Rising Star – Organ” category, and placed in the top 20 in the “Rising Star – Piano” category. In the 2018 Downbeat Readers’ Poll, Roberta came in 8th in the Jazz Artist category (just behind luminaries Pat Metheny and Tony Bennett), 7th in the Piano category (following the legendary Keith Jarrett) and 5th in the Organ category.

Roberta is from Queens, NY. Her father gave her her first piano lessons when she was seven. Roberta began serious music studies in her early teens, studying jazz piano with Walter Bishop, Jr and classical piano with Vera Wels. While at New England Conservatory she studied privately with Fred Hersch, Stanley Cowell and Bob Moses. Upon returning to New York, in addition to six years of study with Richie Beirach, she studied briefly with Sofia Rosoff.

In addition to Japan, Roberta’s trios have toured Spain and the U.S. She has performed at the Kennedy Center (Washington, D.C.), at the Earshot Festival (Seattle), at the Rochester (NY) Jazz Festival, and in New York at Small’s, Mezzrow’s, the Blue Note, Birdland, and Dizzy’s at Jazz at Lincoln Center. On her 2011 CD release, Sides, Colors, in addition to featuring her trio, she orchestrated several pieces for winds and strings, sang, and played organ as well.

In addition to her trio, an eclectic set of projects includes a duo with saxophonist Virginia Mayhew, an organ trio with Mayhew and Mintz, and the Nabokov Project, which sets poems by Vladimir Nabokov to music for piano, violin, mezzo-soprano, percussion, and speaker, blending neo-classical harmonic concepts with lush melodies and free improvisational sections.

A recent focus of Roberta’s has been solo piano performance. Her 2012 CD, Solo, made the “ten best of the year” list of three jazz critics. A 2015 follow-up CD is called Emanation (Solo: Volume 2). On Roberta’s most recent solo piano CD, Domestic Harmony: Piket Plays Mintz (2019), she performs the compositions of her husband, Billy Mintz. Recent solo concerts include Kostel sv. Vavřince in Prague, Reigen in Vienna, Palomar College in San Marcos, CA, An Die Musik in Baltimore and Smalls in New York City.

As an educator, Roberta has held master classes at the Eastman School of Music (where she performed solo and in duet with Marian McPartland), Rutgers University, Cal Arts, Duke University, the Northwestern University Composers’ Colloquium, and others in the U.S., Europe and Japan. She has served as a panelist for the Queens Council on the Arts grant review process and has taught at the Litchfield Jazz Camp and the Vermont Jazz Center. She is also the author of the Jazz Piano Vocabulary series of workbooks.

Roberta occasionally performs on B3 organ at clubs such as the Harlem landmarks Showman’s and the Charles Young American Legion post, as well as leading her own groups at Smalls and Mezzrow. She has written several big band compositions, and is also a self-described “closet singer”. In recent years she has toured Europe several times, including France, Germany, Austria, Luxembourg, Ukraine and Spain.

The melding of different musical worlds in her youth resulted in Roberta’s unique musical sensibilities and interests. Her numerous recordings reveal an artist equally at home playing standards (Solo, Emanation), free improvising (Poltva, Op Der Schmelz), and composing and arranging her own music (Sides, Colors; Live at the Blue Note). For Roberta, there are no genre boundaries, only the opportunity to make exceptional music.

“Roberta Piket is a revelation on the piano, a virtuosa whose skill and innovation can enliven and transform any song.”

“…a jazz pianist who still hasn’t quite received the ovations that her unique talents deserve.”

“Pianist and composer Roberta Piket stands among the elite minds of modern jazz.”

“Roberta Piket isn’t a blusterer: each of her pieces seeks to solve a particular problem, and she’s quietly been working on form and conceptual matters in the spirit of devoted explorers like Chick Corea and Richie Beirach.”

“Piket plays with a studied abandon… she’s completely familiar with the entire history of jazz piano which she translates into a comfortably post-modern attitude…. What a gift to evoke everyone from Jelly Roll Morton to Stanley Cowell!”

“A sense of discovery abounds.”

“The revelation of this year’s (Earshot Jazz) festival was Roberta Piket.”

At the Xerox Rochester International Jazz Festival…despite her phenomenal talent, Piket had a refreshingly down-to-earth rapport with the audience…a tour-de-force.

“Roberta Piket is not as well-known as she should be, but “Solo” gives plenty of examples of her deep, rich talent.”

“Piket is emerging as one the top tier of improvising pianists around today.”

“A modern romantic with a contemporary harmonic sense and a timeless genius for inventing fresh, crisp ideas.”

“If you were lucky enough to hear Roberta Piket…you heard an exceptional talent…with probing lyricism and creative fluency…a fine instinct for leading a rhythm section…always taking the music to a more elevated plateau.”

“(Critic’s Choice) Constantly curious, she has released a series of recordings probing across the landscape from retro-mainstream to free jazz.”

“An exceptional modern-jazz pianist hovering just outside the radar, Piket looks beyond the tradition while tipping her hat to its verities. She’s joined by two players who prize invention and subtlety as much as she does, Harvie S and Billy Mintz.”

“A favorite of Marian McPartland, Piket is a deeply swinging, intelligent, two–fisted pianist.”

“Roberta is a force to be reckoned with and one to watch.”

Elliott Simon, All About Jazz

“Domestic Harmony is a strikingly sensitive tribute from one brilliant artist to another.”
–Donald Elfman, NYC Jazz Record 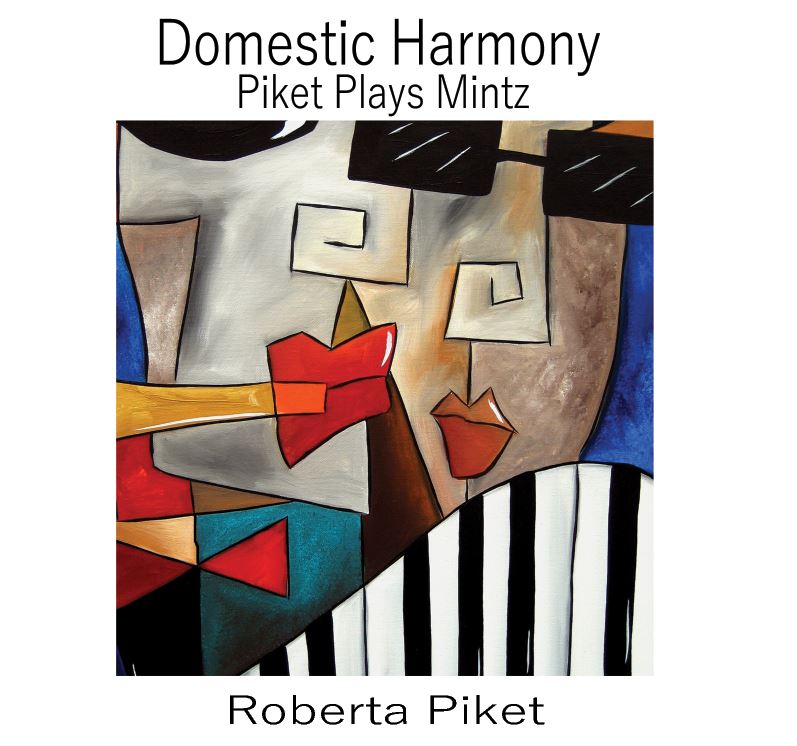 The people have spoken! In the 2018 Downbeat Readers' Poll, Roberta was voted 8th in the Jazz Artist category (just behind such luminaries as Pat Metheny and Tony Bennett), 7th in the Piano category (following the legendary Keith Jarrett) and 5th in the Organ category!